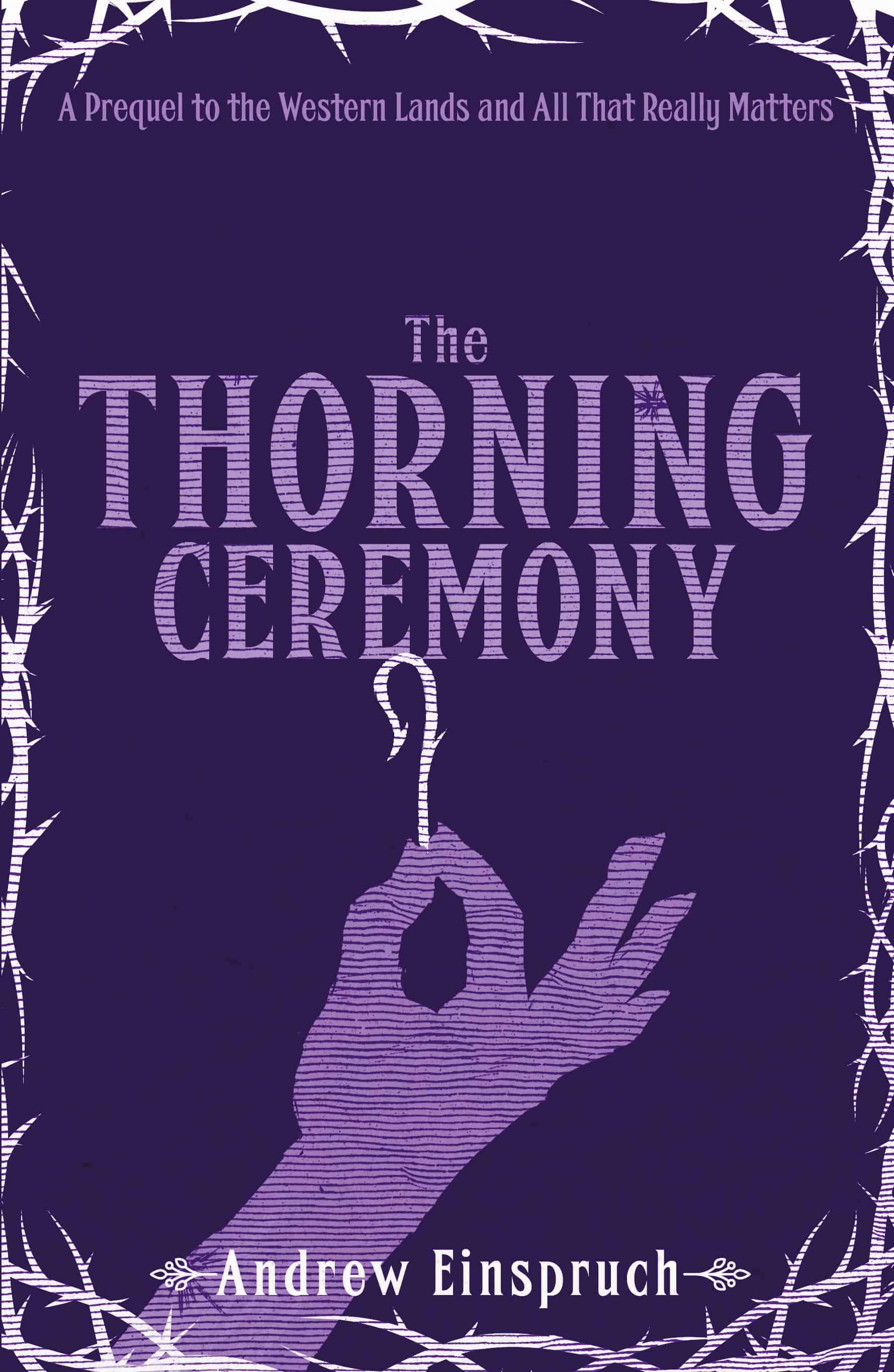 A painfully self-inflicted marking of two sisters’ coming of age. But will this barbaric rite of passage cost her the throne?

Princess Eloise Hydra Gumball III is terrified to learn a horrifying custom is actually a royally required ceremony. About to turn fourteen, she and her younger-by-minutes twin will be forced to endure the pain of piercing their skin countless times in the realm’s thorniest ritual. Worse still, they’ll both have to suffer the stern Thorning Master and submit to her reputed onerous tasks in order to carry out the bloody act.

Forced to be seen and not heard in the name of discipline, Eloise and her sister are united in their silent loathing of the fierce woman. But while the young royal struggles to keep her mouth shut, get over her fear of being a literal pincushion, and impress their imperious teacher, her scheming sibling plots to be the first to win the crown…

Can Eloise suppress her squeamishness and survive the cruel deed without ceding her future?

The Thorning Ceremony is a standalone prequel set three years before the first book in The Western Lands and All That Really Matters humorous fantasy series. If you like quirky characters, fascinating setups, and faint-inducing rituals, then you’ll love Andrew Einspruch’s clash of ambitions.

This was a weird idea turned exciting! Inserting thorns into your body just for tradition. I wasn’t too sure about it at first, and I am not keen on the idea, but Einspruch was able to make the whole experience captivating and dramatic. Eloise and her sister, Johanna, are forced to comply with anything their trainer tells them to do while they practice thorning themselves and trying to not pass out. I enjoyed The Thorning Ceremony because it was short, simple, and a lot of fun. The humour was the same, the characters were just as unique and consistent, and the themes were represented well. I also enjoyed the ending because it flowed perfectly into The Purple Haze, the first book of the series. This might be my favourite book of The Western Lands and All That Really Matters series!

Required Western Lands reading!
If you’re a fan of the other Western Lands books, then this is a must-read. If you’re not familiar with the other Western Lands books, then you can start with this one (it’s a prequel) and enter the world Andrew Einspruch has created with a little more knowledge. While the other books are focused more on Eloise’s adventures in the wider world of the Western Lands and beyond, this book is more focused on her inner journey. The story did a great job striking a balance between giving background information to new readers of the series and further developing characters for those who already know the world from the other books. The book maintains a delightful sense of tension – at times, I had to put off going to bed and keep reading or I wouldn’t have been able to sleep for worrying about Eloise and how she was going to pull it all off. I feel like I have a deeper sense of who she is now, and I loved learning about how her relationship with her sister changed over time. Overall, a great quick read with a lot of depth for a short book.

Who would want thorns pushed through their skin?

Well, no one I suspect would welcome thorns being pushed through their skin. Yet sometimes for the sake of your Kingdom, (or in this case Queendom), our heroine has no choice. In his short book, The Thorning Ceremony is described by the author Andrew Einspruch himself as ‘the worst rite of passage in the history of all the realms’, and he should know, he created The Western Land and All That Really Matters. If you are a fan already, you will know that the twin princesses are the heir and the spare to the throne of the Western Realm. Their mother, the beloved Queen and current ruler of “all that really matters” is keen to see her girls progress to the next stage of their royal training. Our heroine, Princess Eloise Hydra Gumball III (who is on track to become the Future Ruler and Heir to the Western Lands and All That Really Matters), well maybe not so much. In this standalone prequel novel to his series Einspruch keeps up the banter, hilarity and always one töö mänÿ ümläüts to deliver a quick paced romp with his quirky, likeable characters, and chippy dialogue in a fun Pratchetty Discworld-ish fantasy setting. It is a must-read if you want to better understand our heroine’s journey to Queenhood because she doesn’t seem like very promising material at this moment.
— Cheryl Hannah, Amazon Review

Who would want thorns pushed through their skin?

Coming of age for a Gumball Dynasty princess is a big deal indeed! The herbal lore and imparting of life skills is handed down via a very ceremonious series of ordeals, some private, some public, and all fraught with significance for a princess’s future. The twins, being each her own girl, handle the trials they face very differently from their mother, or one another, with consequences for the rest of their lives.
— Helgaleena Healinglin, Goodreads Review