The Star of Whatever

Book Two in The Western Lands and All That Really Matters 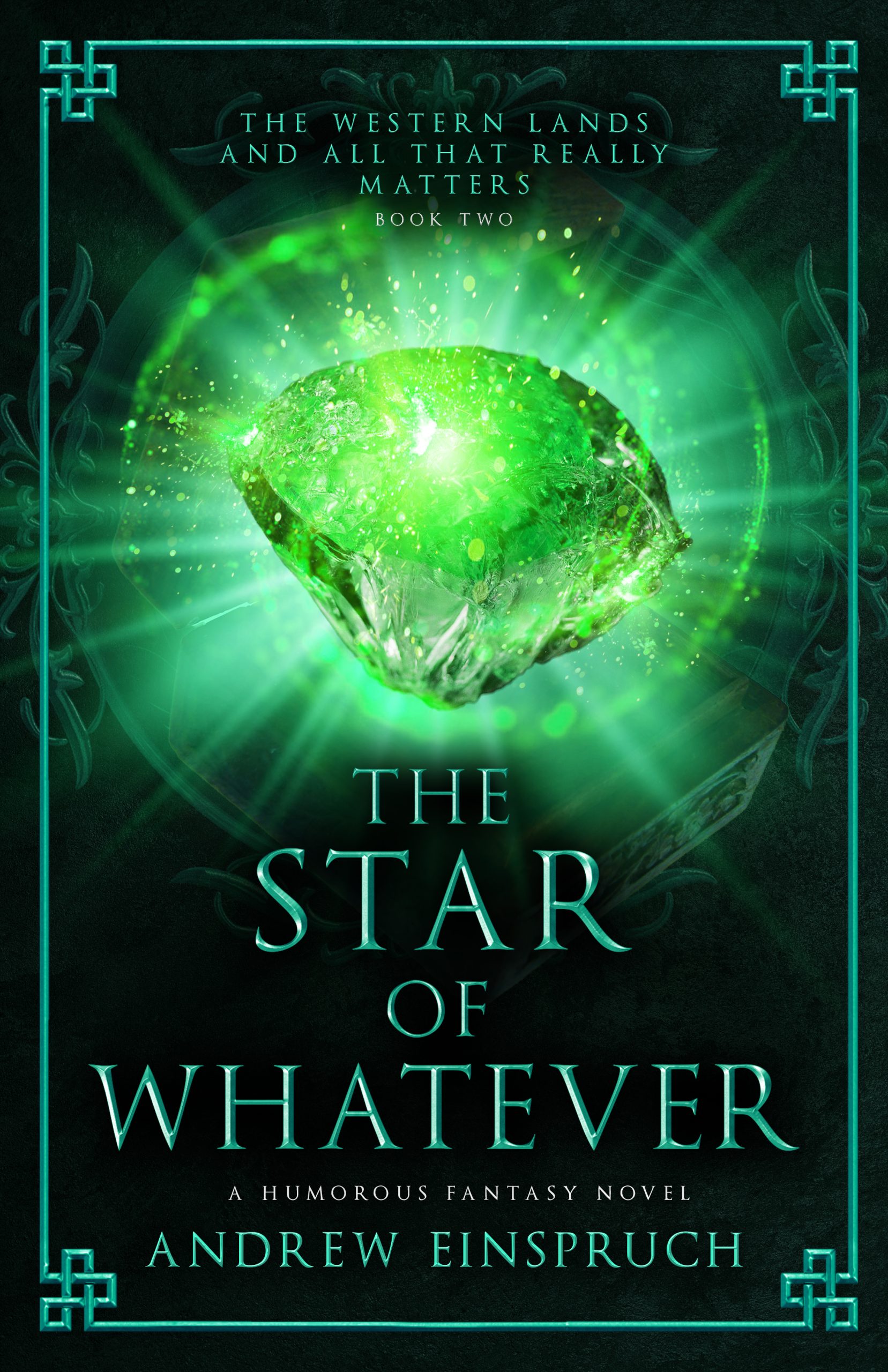 No one returns when they fall into the fog. Can she break its lethal haze and return to save her friend from death row?

For some reason, Princess Eloise Hydra Gumball III doesn’t seem to be dead. Having rescued her fraternal twin sister from a terrible fate, she’s keen to discover why the killer Purple Haze didn’t turn them both into corpses. But when she persuades her sibling to venture deeper into the dangerous mist, she’s stunned to uncover the true cause of the skeleton-littered land.

With familial clues leading back to the casting of the two-centuries-old treacherous spell, Eloise is determined to use her bloodline to destroy the evil trap. But with an old friend awaiting execution by fogging, she’ll need more than her weak magic to defeat a power-hungry puppet master pulling strings from the shadows.

Can the young royal neutralize the devastating hex before her friends join the never-ending pile of bones?

The Star of Whatever is the wildly adventurous second book in The Western Lands and All That Really Matters humorous fantasy series. If you like clever characters, subversive jokes, and spectacular exploits, then you’ll love this vibrant step beyond the veil.

Buy The Star of Whatever to unleash an age-old power today!

I am really enjoying this series. The Star of Whatever was a fairly lighthearted YA read jam-packed with adventures. And even though there is some darker stuff going on, it’s still presented in a way that’s fairly clean.

I loved getting to see Eloise and Johanna together in this book and see how they interacted.

My favorite part about Einspruch’s books is the clever ways he gets his characters out of trouble. Rather than fights and battles, they use their wits and come up with laugh-out-loud funny schemes to save themselves. His books are a delightful escape.

Time and time again, I appreciate Einspruch’s writing abilities; specifically the innocent humour while reading The Star of Whatever. A lot of YA authors stretch themselves to write innuendos, roasts, or other inappropriate jokes, but Einspruch continues to write what was natural. In all of his books, are a lot of plays-on-words, bizarre stories, and ridiculous word choices. This book could easily be considered too juvenile to be funny for teenagers, but I enjoyed the break from all of the awfully written sex jokes.

A sequel to The Purple Haze, The Star of Whatever follows Eloise and Johanna as they endure the horrors of the fog and try to release their companions from the dungeons of the Half Kingdom.

As with The Purple Haze, the Star of Whatever is an excellently crafted, multilayered story of adventure, relationships, jealousy, politics,and family – both those bonded by blood and the family one chooses.

I adored the sly references to pop culture, the ridiculously wordy expletives (“by Çalaht’s hair-encrusted chin warts”) and the witty wordplay throughout.

This was a great follow up to the Purple Haze. The writing style reminds me of a mix between Terry Pratchett and Douglas Adams, but with the author’s unique style mixed in. I love the fantasy setting, but the language and relationships between the characters is much more natural than some fantasy I’ve read. They seem like people you’d run into in your day to day lives, very relatable and likable. The further development of Princess Eloise and her relationship with her sister really rounded out themes from the first book in a satisfying way. I also love the way the author describes food – if I could get my hands on those recipes, I’d be a lot more easily persuaded to go vegan! (Any chance of a Western Lands Cookbook?) Overall, it was a great quick read for a cozy day; I finished it all in one rainy afternoon and loved every minute of it!

Andrew Einspruch has created a wonderful new fantasy world. In this, the second book of his series, we finally get behind the toxic “Purple Haze” that covers half the world. It has been worth the wait. Our twin Princesses are on an unexpected and unwelcome journey of discovery into lands that have been blighted for generations. Why can they survive in the haze when no one else did? Is it that old blood magic with a new twist. As for the star of whatever itself – suffice it to say I expect its sinister presence has been uncovered only for it to lead our heroines on even more of Einspruch’s twisty, funny, and rarely boring adventures. The common farewell in the three kingdoms might be a wish for “boring travels to you” but don’t be fooled. Nothing is ever boring in this land of peerless Queens, dastardly Jesters, marauding wombats, neurotic chipmunks, magnificent horses and evil relatives. Time to have another supremely soothing cup of Hagelberry tea and await the arrival of Book 3 in this delightful series.

The adventures of Eloise and her sister-rival Joanna continue in this second book of the series. It’s a buddy adventure as the questing party is rounded out by more fabulous non-human characters. The stakes increase with some truly twisted evil dudes, and Einspruch’s trademark punny and satirical humour is worth the read alone.

If you’re looking for good clean adventurous fun, this series is great. And due to the inter-species nature of the friendships, a delectable plant-based bias lingers on the tongue.

This book answers the question unanswered by The Purple Haze – a most satisfying payoff.